Charleston may be hailed as “The Holy City,” but Savannah has her fair share of historic houses of worship. Each of these churches has a fascinating and unique history and continues to stand as a testament to the city’s earliest men and women of faith. Many are open to tourists, though times vary from church to church.

Cathedral of St. John the Baptist 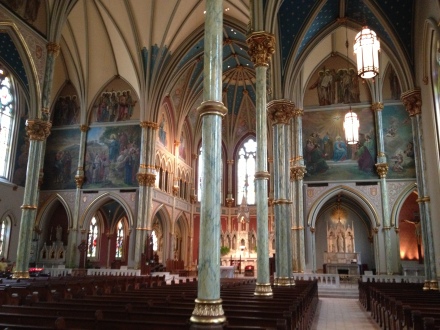 Catholics were originally prohibited by colonial charter from settling in Savannah for fear that they would give their allegiance to the Spanish colonies in Florida rather than to the English settlers in Georgia. That ended following the Revolutionary War and this congregation formed around 1796. Construction began on this majestic cathedral on Lafayette Square in 1873, but shortly after its completion it was ravaged by fire. With dedication and hard work the edifice was rebuilt within a year. It is one of Savannah’s most ornate churches and is definitely worth a visit. 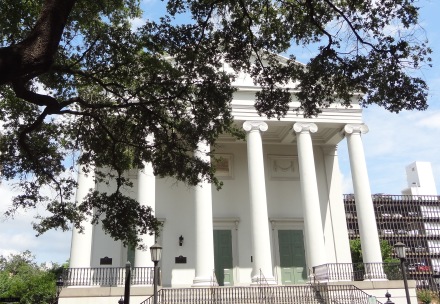 Located on Johnson Square, Christ Church is considered the “Mother Church of Georgia.” The current building dates to 1838 when it was erected on the trust lot designated by Oglethorpe as the site for the colony’s house of worship. John Wesley, the Father of Methodism and former rector of Christ Church, started America’s first Sunday School on this very spot.

Situated on Savannah’s west side and overlooking Franklin Square, First African Baptist Church is home to the oldest black congregation in America. This building was constructed in the mid-1850s by freedman and slaves and served as a stop on the Underground Railroad. Runaway slaves are said to have been hidden underneath the floorboards, and holes in the floor (which are still there today) enabled them to breathe. 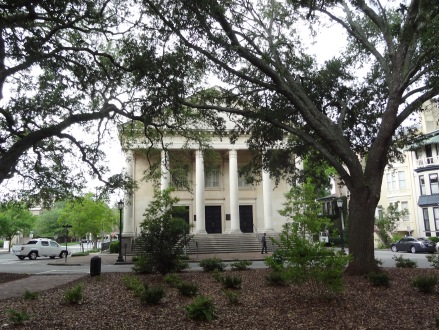 Built in 1833 on Chippewa Square, this stately church is a fine example of classic Greek Revival Architecture. It is notably the oldest intact church building in Savannah, never having been damaged by fire or otherwise requiring reconstruction. 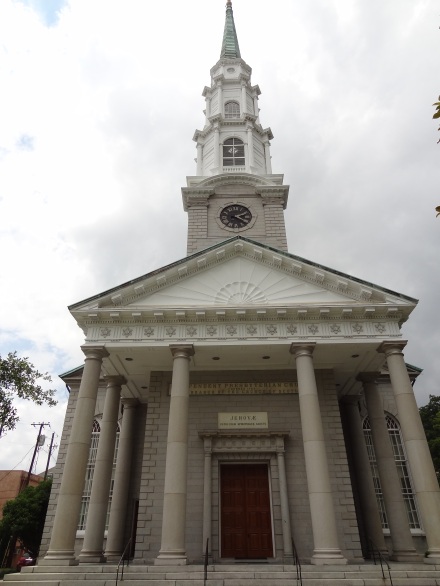 With its massive steeple stretching toward the heavens, Independent Presbyterian Church sits on the corner of Bull and Oglethorpe Streets. The current structure, dating to 1890, is actually a replica of the previous building, which was destroyed by fire a year earlier. Established by Scottish Highlanders who emigrated to Georgia in the 1700s, this church is a descendant of The Church of Scotland. It was home to composer and organist Lowell Mason, who wrote many hymns and is also remembered as the “father of public school music.”

Lutheran Church of the Ascension

This church was founded by Bavarian protestants who were exiled from their own country by Catholic authorities in the early 1700s. During the Civil War this building on Wright Square was used as a hospital, with pew cushions serving as beds and the pews themselves as firewood. Suffering extensive damage but not complete destruction, the church was renovated and refurbished between 1875 and 1879. The church’s crowning glory is a magnificent stained glass window in the sanctuary depicting the Ascension of Christ.

Overlooking Madison Square, St. John’s Episcopal Church was organized as an expansion parish to Christ Church. Constructed less than a decade before the Civil War, it was occupied by Union chaplains during the conflict—even serving as a house of worship for Sherman and his troops, or so the story goes. St. John’s is known for its melodious bell chimes and beautiful stained-glass windows.

Sitting directly across Monterey Square from the infamous Mercer-Williams House, this Gothic-style synagogue is home to the third oldest Jewish congregation in the United States. Dating to 1878, the building houses a museum which contains a number of Jewish artifacts including the temple’s original 15th century Torah as well as letters written to the congregation by presidents Washington, Jefferson, and Madison. 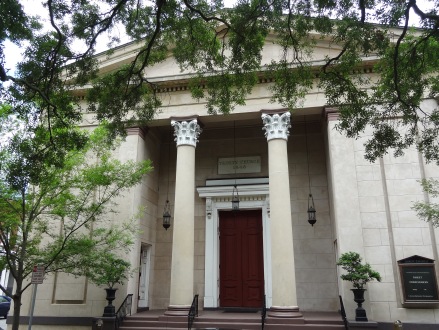 Overlooking Telfair Square, this dignified edifice is constructed of Savannah gray brick in the Greek Revival style. The present congregation is descended from the original Methodist church (Wesley Chapel) established in Savannah by John Wesley, the father of Methodism.

This church building has a fascinating history. Originally constructed as a Unitarian Church, it is said to be the site upon which church organist, James Pierpont, composed his famous Christmas carol, “Jingle Bells.” The church’s strong abolitionist leaning led to its forced closure in the years leading up to the Civil War. The building was purchased by freed slaves in the post-war years to serve as the home of the first African Episcopal parish in Georgia. Ironically, it returned to the hands of the Unitarian Universalists in 1997.

2 thoughts on “Sunday in the South…Savannah’s Historic Churches”

So, what are you thinking? Cancel reply

An online weblog with quite informative, cheerful and inspirational articles for human beings who love travel to India with ardor and make a distinct Lifestyle.

Popular travel and lifestyle blog featuring travel tips, fashion, food and photography from around the world. Follow Kiersten on her adventures!

Destinations, daytrips and other travel musings on the iconic and the uncovered.

Some kind of journey.

A Washington, DC-based blog about local adventures and global exploration

An Historian About Town

History in the Making

My best tips for eating, drinking and living in our fair city + travelling too

Unusual things to see and do in Paris

Sharing with you my fab and convenient travel escapades.

This WordPress.com site is the bee's knees

4 out of 5 dentists recommend this WordPress.com site

Benjamin Brilliant
Life Out of the Box

this is... The Neighborhood

the Story within the Story

4 out of 5 dentists recommend this WordPress.com site

Let it come from your heart
A Stairway To Fashion

imagination is the key